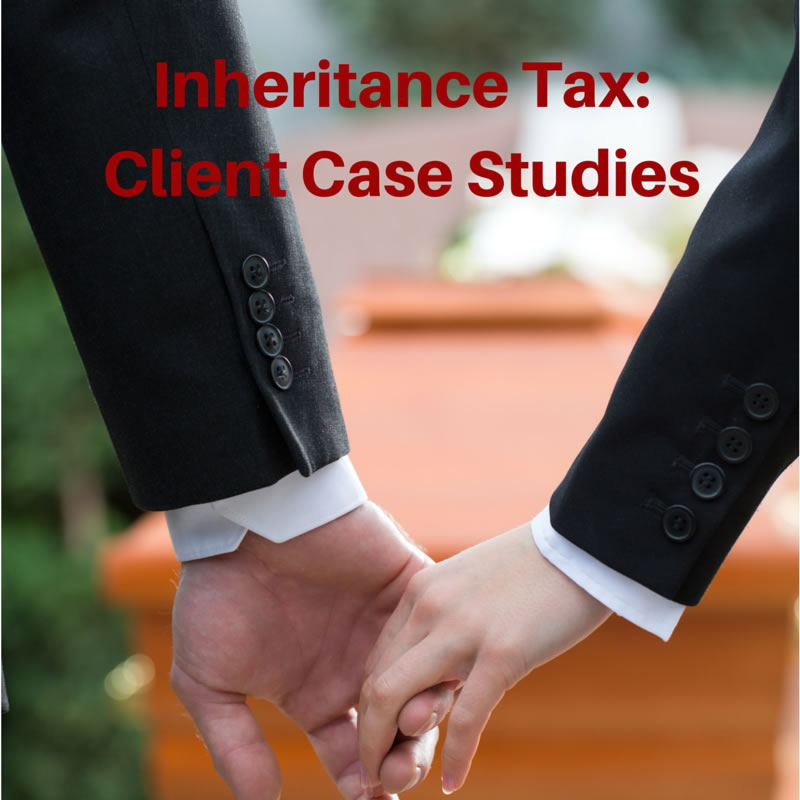 Here are some of the common scenarios we come across in our daily business*:

Zoe and Jack – ‘Common Law’ Spouses: Zoe and Jack have lived together for over 30 years and have two grown up children. Jointly their assets are worth nearly £700,000.

Like many committed couples who have not formally married, they believed that they were protected under ‘common law’. Neither Zoe nor Jack has made a will. They assume everything will pass to their ‘spouse’ when they die.

However, when Jack died, Zoe found that ‘Common Law Marriage’ does not exist in England and Wales. As Jack died intestate, all of his assets (including his half of their house, which was in his name only, and all of his single accounts and savings) are to be divided equally between their two children with no provision for Zoe.

Martin and Gina: Martin and Gina have been married for over 25 years and their two children are at university. Their estate is worth almost £1m. They believe they have been careful in planning for Inheritance Tax. On the death of the first spouse, each of the children will receive a trust worth £200,000 that will mature on their 30th birthdays respectively.

This will reduce the value of the remaining spouse’s estate to just under £600,000. Martin and Gina believe that this remaining estate will then be protected from Inheritance Tax as a spouse can pass on their allowance up to a threshold of £650,000.

But the key phrase here is ‘up to’. What Martin and Gina were not aware of is that the first spouse to die only passes on any allowance that they themselves do not use up in bequests on their own death.

So not only is the surviving spouse’s estate liable for Inheritance Tax on all assets over the current £325,000 threshold, but the bequest to the children is also taxable over the £325,000 mark.

David and Sarah made their first wills together after the birth of their first child and as their family has grown and their circumstances changed over the years they have had regular meetings with a specialist estate planner.

As a result, they have over the years paid large sums into discretionary trusts. As long as these amounts fell under the allowance for each spouse (at this time, £325,000 each), they only had to wait seven years before they could both pay into these trusts again, or set up new trusts for their grandchildren.

Careful planning, planned bequests to charity and the proper disposal of poor investments to offset Capital Gains Tax have all reduced the exposure of their estate to Inheritance Tax, allowing them to leave substantial trusts to their children and grandchildren without also leaving them a tax headache.

When Sarah passes away, she leaves only a few personal items to be divided among her grandchildren. As she has left a will, she has ensured that the rest of her assets pass directly on to David (which is not automatically the case if your spouse dies intestate – watch out for our blog on Intestacy next month).

As a result, almost all of Sarah’s £325,000 allowance passes on to David so that almost £650,000 of their estate can be passed on tax free to their children and grandchildren when he dies.

And although Sarah passed away prior to the upcoming threshold changes in April 2017, should David survive beyond this point he will still be eligible for a combined personal and ‘Family Home’ allowance of almost £1m on the entire estate.

See our free guide, 7 Inheritance Tax Mistakes to Avoid Following the July 2015 Budget, for more information about the upcoming changes.

*All of our case studies are based upon the real experiences of our solicitors and clients, but the details may have been changed to preserve client confidentiality.