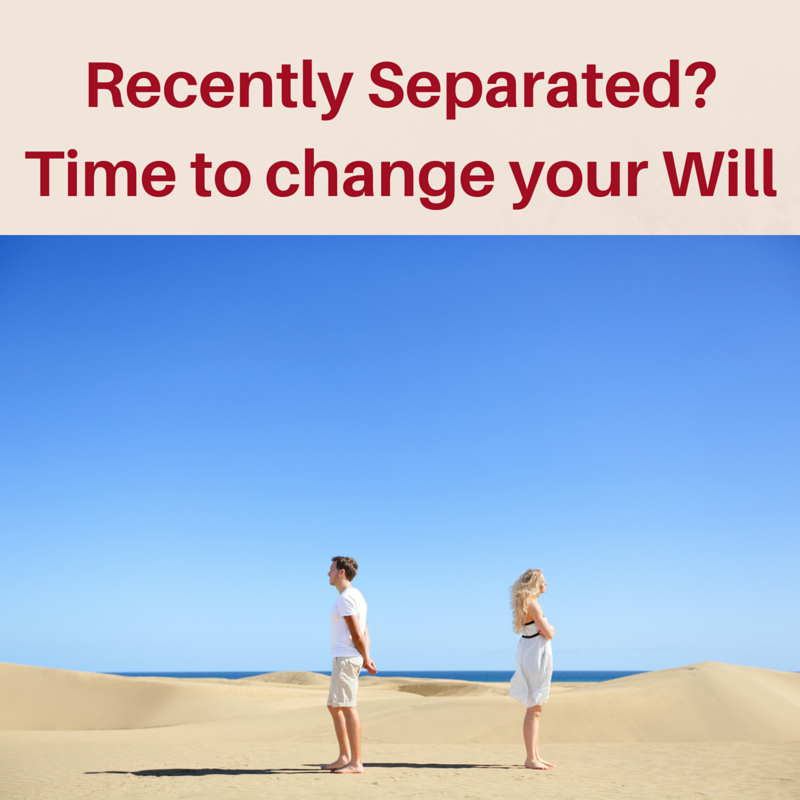 Recently separated? What to do next to change your Will

How to protect yourself and your loved ones post-separation

There are so many things to think about if you’ve recently separated or filed for divorce. With new arrangements to be made for your house, savings and children, making a new Will might be the last thing on your mind.

But it’s your house, your savings and your kids that could be most affected, should anything happen to you before that Decree is absolute.

Let’s look at a common situation, like those that we come across in our work with clients, every day.

Anna: separated from her husband (who is not the father of her child).

Anna has a fourteen year old daughter, Megan, from a relationship in her early twenties. They have little contact with Megan’s father and he has no parental responsibility.

When she met her husband – Steve – and they married, they bought a house together as joint tenants. Steve and Anna made mirror wills, leaving everything to each other in the case that one of them should die, and then to Megan if they should both die. Anna has named Steve as legal guardian of Megan, should she die before Megan reaches eighteen.

Now Anna and Steve have made the difficult decision to separate.

There are two potential problems here if Anna does not make a new will.

There’s just one problem: Steve is still named as Megan’s legal guardian and – as he’s been legally cut out of the will – Megan is now left with no legal guardian and will very probably be placed in state care until a suitable guardian is found.

Also, if the house has remained in joint ownership (perhaps because one side cannot afford to buy the other out, or the house is on the market and has not yet sold), then Anna’s half of the house passes to Steve on her death, even after the divorce.

If this is your situation, you may want to consider changing ownership of the house to ‘tenants in common’ rather than joint ownership. That way you can leave your portion of the house to the person of your choosing.