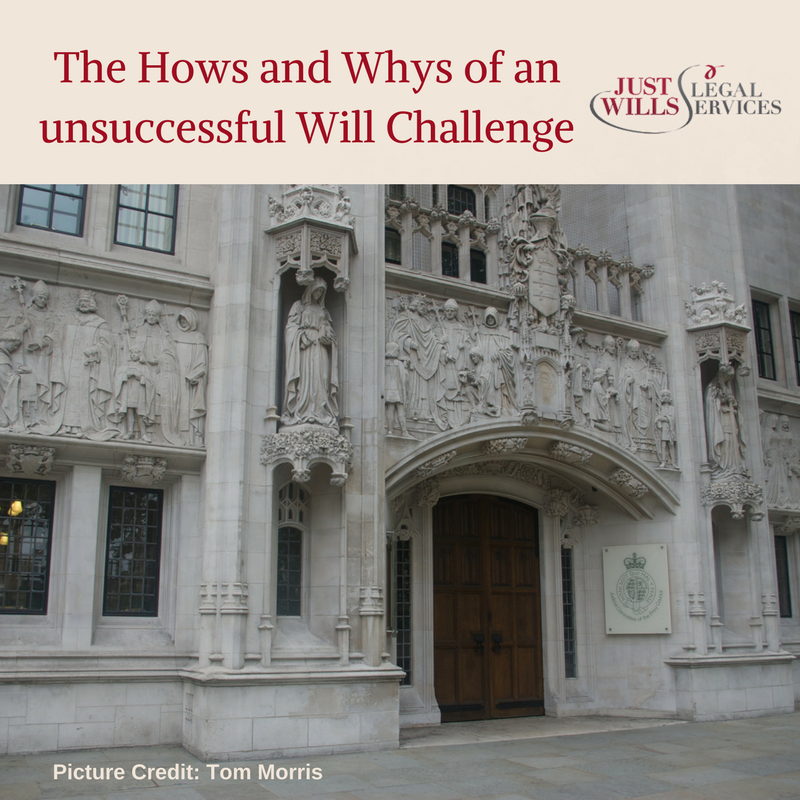 Why (and how) did animal charities successfully fight this Will Challenge?

It’s hard to think of triumph when you look at the case of Heather Ilott, the woman cut out of her mother’s Estate after she left home to live with (and later marry) a boyfriend her mother didn’t approve of.

It’s certainly not a triumph for Ilott, a woman of limited means who had been previously awarded a sum sufficient for her to buy her council house and secure her children’s future. That sum has been cut back to £50,000, much of which will likely be swallowed in legal fees.

It’s not really a triumph either for the three animal charities who have won their appeal, who will likely have spent tens – if not hundreds – of thousands in legal fees themselves, fighting all the way to the Supreme Court to secure interest in an Estate worth less than £490,000.

So why did the charities bring this case? A case that must have cost them not just money, but a substantial amount of PR and goodwill, when pitted against an adversary as sympathetic as Heather Ilott?

The basis of Ilott’s case

When Ilott’s mother, Melita Jackson, died in 2004, she left a Simple Will that stated her Estate should be divided between three charities: the Blue Cross; the RSPB; and the RSPCA.

Ilott’s challenge to the Will was tenuous in law at best. She made a claim on the Will under the Inheritance (Provision for Family and Dependants) Act. This Act is designed to protect minor children who might reasonably expect to be provided for in a parents’ Will, or adult dependants who can demonstrate that they were in some way financially supported by the deceased at the time of their death.

Mrs Ilott was not a minor, nor had she lived with Mrs Jackson for many years, or received any financial support from her. Nonetheless, her straitened circumstances lent her an amount of sympathy and leverage to bring a legal case. It was argued that her own mother had more of a duty to provide for her, than did the taxpayer, via benefits.

In the original court case brought in 2007, Ilott was awarded £50,000 from the Estate. She appealed for a larger sum and initially lost, but on second appeal she was awarded £164,000.

So what led the three charities to appeal when it was not even the entire Estate at risk, but only £164,000? A life changing sum for Ilott, but a sum reduced massively by legal fees for the charities concerned.

The British Principle of Testamentary Freedom

Britain is one of the few countries in the World where the Principle of Testamentary Freedom is enshrined in law – you may leave your Estate where you wish.

In other countries, you are legally obliged to leave a percentage of your Estate to your spouse, or your children (and if you have property or business interests abroad, you need to read our article on how Brexit and Cross-Border Estate Planning affect you).

But in the UK, you can leave your Assets to whoever you wish – as long as you have made a watertight Estate Plan. Without a meticulously executed Estate Plan, your Will can still be open to challenges –and with the rise in property prices (and the subsequent value of many families Estates), Will challenges are on the rise too.

The danger of breaking the Principle of Testamentary Freedom, is that it leaves many people and organisations unprotected in the event that they are left a legacy that someone disagrees with.

Charities – including the three concerned in this case – would face a deluge of challenges similar to Heather Ilott’s, should her case have succeeded. The Ilott case had the potential to undermine the ability of anyone to safely leave a legacy to charity.

The Good News for Heather Ilott

The charities involved in this particular case have come to an unspecified ‘out of court’ arrangement with Mrs Ilott – showing that they did not lack sympathy for her position, even though they were compelled to uphold the principles of their case.